On September 20, I gave a lecture to Master’s degree students at Fulbright University in Ho Chi Minh City.  In a virtual lecture, I drew from Nothing Is Impossible: America’s Reconciliation with Vietnam and tried to answer the students’ questions about adaptive leadership, risk-taking, China, and trade.

I told the students a behind-the-scenes story from the spring of 2015, when I heard from Party and government leaders that General Secretary Nguyen Phu Trọng wanted to visit President Barack Obama in the United States. As ambassador, I faced a problem: even though the U.S. president hosted heads of state in the Oval Office, that invitation was rarely extended to party leaders. My first requests for a White House meeting were met with a no. U.S. officials told me that Trọng would be welcome to come to America, but he shouldn’t count on a meeting with President Obama. This news would not be received favorably in Vietnam.

I realized that if I didn’t strongly make the case, the visit wouldn’t happen. I may have been new on the job, but my role wasn’t to wait passively for instructions. Instead, it was to shape my instructions, and I got to work.  Fortunately, I found allies. Among them was Tommy Vallely, Secretary of State John Kerry’s friend and advisor—who was quite skeptical at first. But he listened carefully, and then helped me persuade Kerry. 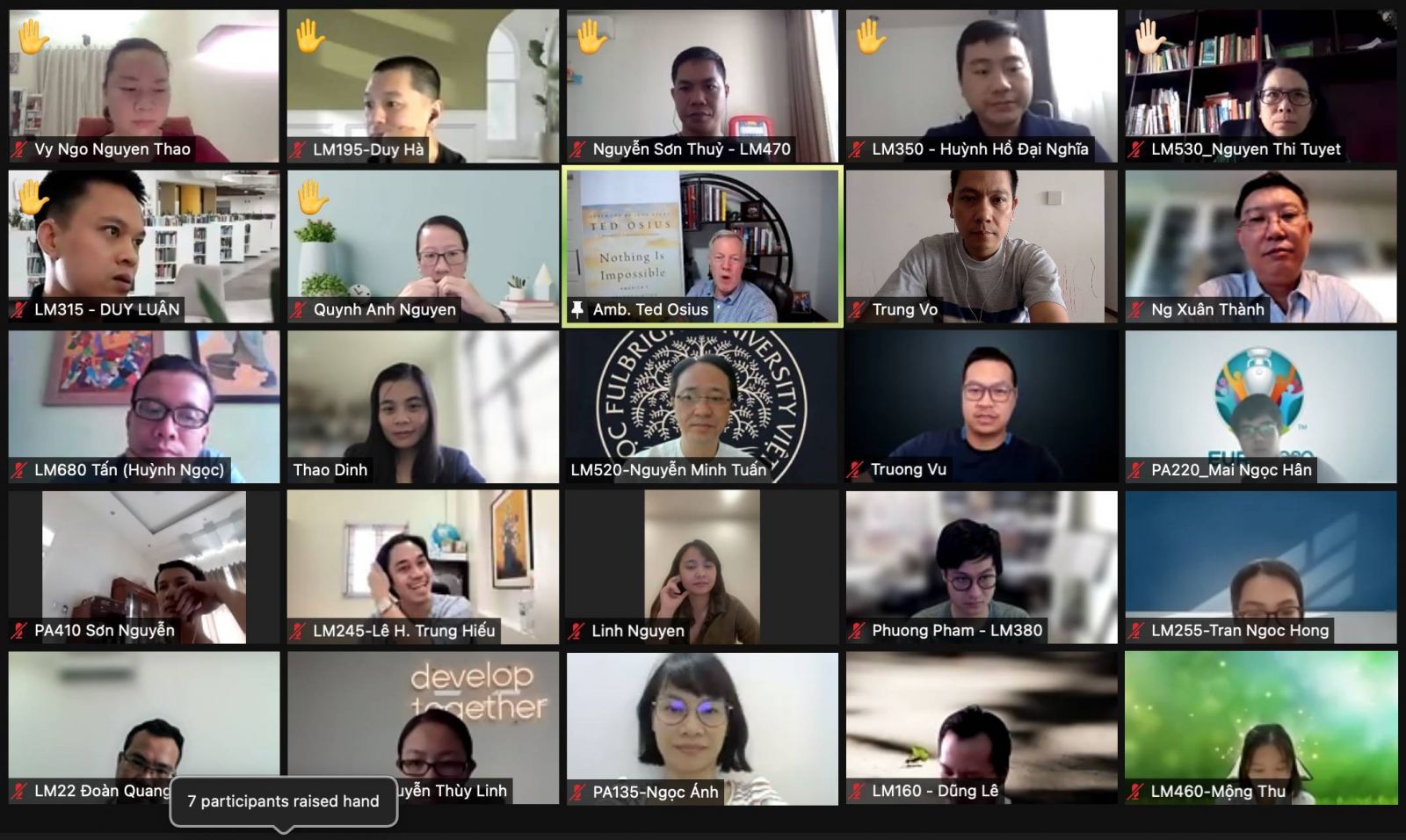 Kerry went to see the president for one of their regular lunches and argued successfully for the meeting. “I got beat up for making the case,” Kerry told me, referring to one of his regular tangles with National Security Advisor Susan Rice. “But I got it done.”

China had certainly noticed that a visit was anticipated. When Beijing learned that Trọng was planning a trip to Washington, he received (and accepted) an invitation to visit China. For four days in early April, Beijing rolled out the red carpet for Trọng and his entourage. My Vietnamese friends told me that the visit was high on protocol but included no substantive results.

On the morning of July 7, 2015, Trọng toured the Jefferson Memorial as the cherry tree–encircled Tidal Basin shimmered in the summer sun. Vietnamese leaders respected President Thomas Jefferson. Hồ Chí Minh had echoed Jefferson’s words in his 1945 Declaration of Vietnam’s Independence from France: “All people are created equal. The Creator has endowed them with inviolable rights. Among these rights are the right to life, the right to liberty, and the right to the pursuit of happiness.”

The next morning, Dan Kritenbrink, who had joined the White House staff just a week earlier as senior director for Asia, asked what I thought President Obama needed to say to Trọng. “The United States respects different political systems,” I told him. “If the president says that, it indicates that we don’t intend to overthrow Vietnam’s government, but rather to work with it.”

In his meeting with the general secretary, President Obama stated that the United States could respect political systems that differed from our own. Scheduled for forty-five minutes, the Oval Office meeting lasted twice that long and broke historic ground. The president and general secretary issued a joint statement after the meeting that included a commitment to “respect . . . each other’s political systems,” the most important line in the document for the Vietnamese. The two leaders made other significant commitments, such as continuing party-to-party dialogues, dioxin cleanup, human rights, educational exchange, and finishing negotiations over the Trans-Pacific Partnership (TPP) trade agreement. 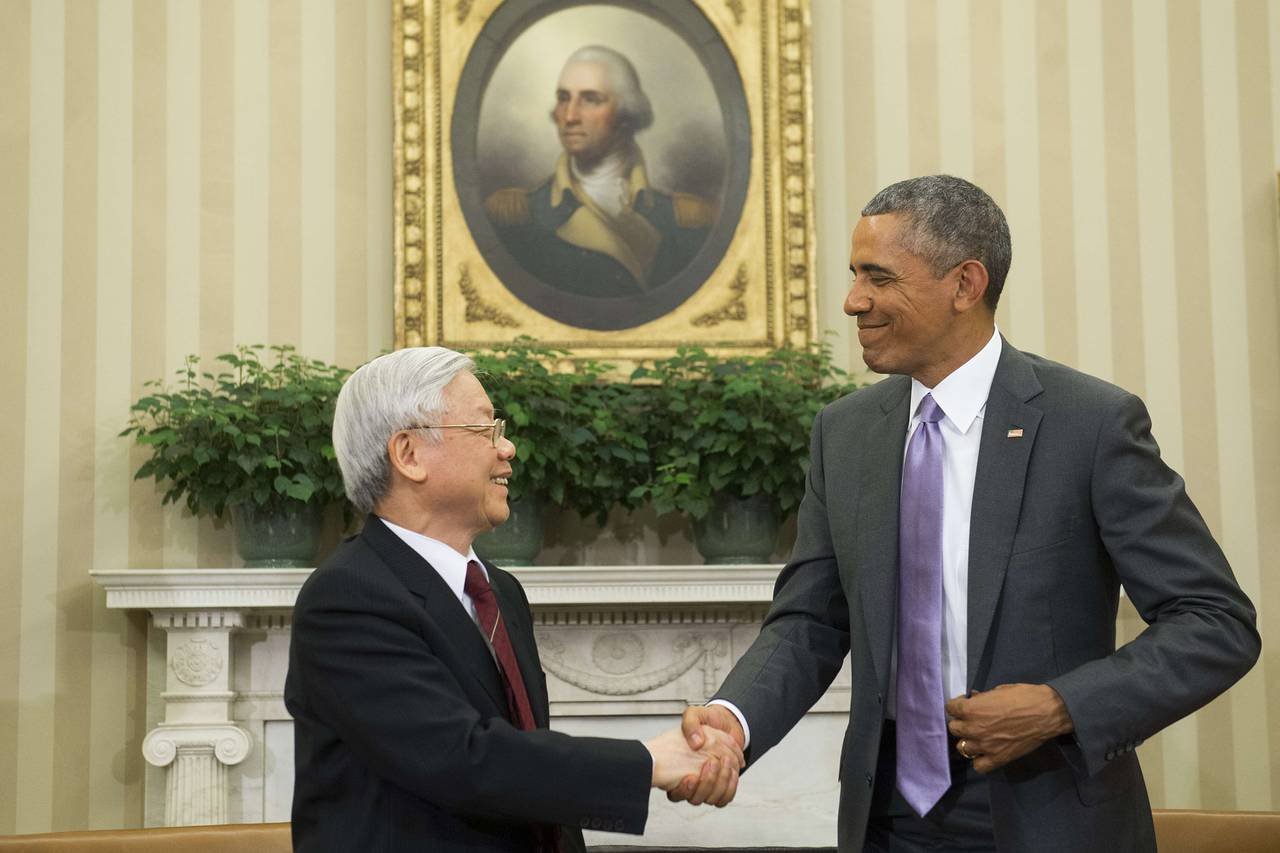 At a State Department lunch, Vice President Joe Biden said, “Thank heaven we are here today. To see the sun through parting fog and clouds”. He was quoting Truyện Kiều (The Tale of Kieu), Nguyễn Du’s epic poem, and showing his respect for Vietnam’s traditions.

In the two years after Trọng’s Oval Office meeting, our embassy team succeeded in expanding bilateral collaboration in multiple areas, including security, education, science and technology, health, and the environment. The most important was trade. Vietnam had entered the TPP, a decision that could only have been made by General Secretary Trọng. Facilitating Trọng’s meeting with President Obama was the most consequential accomplishment of my tenure. The president’s visit to Vietnam in 2016 was also significant, but it would not have been as substantive or meaningful if Trọng had not first visited the United States.