The White House again wants to expel certain groups of protected immigrants, a reversal after backing away from the policy months ago.

By CHARLES DUNST and KRISHNADEV CALAMUR, DEC 12, 2018,  The Atlantic 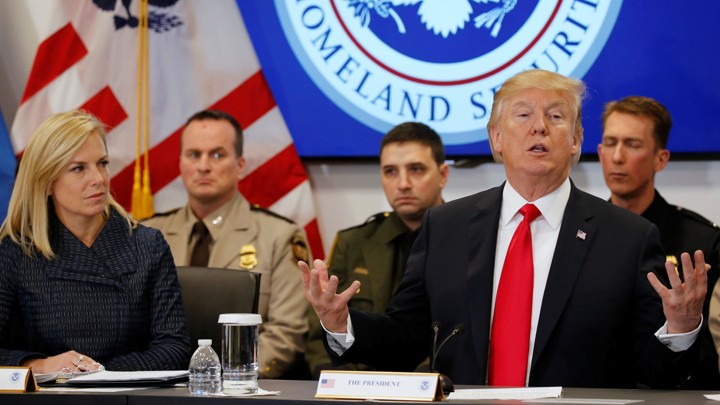 The Trump administration is resuming its efforts to deport certain protected Vietnamese immigrants who have lived in the United States for decades—many of them having fled the country during the Vietnam War.

This is the latest move in the president’s long record of prioritizing harsh immigration and asylum restrictions, and one that’s sure to raise eyebrows—the White House had hesitantly backed off the plan in August before reversing course. In essence, the administration has now decided that Vietnamese immigrants who arrived in the country before the establishment of diplomatic ties between the United States and Vietnam are subject to standard immigration law—meaning they are all eligible for deportation.

The new stance mirrors White House efforts to clamp down on immigration writ large, a frequent complaint of the president’s on the campaign trail and one he links to a litany of ills in the United States.

Read: Another blow against refugees

The administration last year began pursuing the deportation of many long-term immigrants from Vietnam, Cambodia, and other countries who the administration alleges are “violent criminal aliens.” But Washington and Hanoi have a unique 2008 agreement that specifically bars the deportation of Vietnamese people who arrived in the United States before July 12, 1995—the date the two former foes reestablished diplomatic relations following the Vietnam War.

The White House unilaterally reinterpreted the agreement in the spring of 2017 to exempt people convicted of crimes from its protections, allowing the administration to send back a small number of pre-1995 Vietnamese immigrants, a policy it retreated from this past August. Last week, however, James Thrower, a spokesperson for the U.S. embassy in Hanoi, said the American government was again reversing course.

Washington now believes that the 2008 agreement fails to protect pre-1995 Vietnamese immigrants from deportation, Thrower told The Atlantic. This would apply to such migrants who are either undocumented or have committed crimes, and this interpretation would not apply to those who have become American citizens.

The about-turn came as a State Department spokesperson confirmed that the Department of Homeland Security had met with representatives of the Vietnamese embassy in Washington, D.C., but declined to provide details of when the talks took place or what was discussed.

Katie Waldman, a spokeswoman for DHS said: “We have 5,000 convicted criminal aliens from Vietnam with final orders of removal—these are non-citizens who during previous administrations were arrested, convicted, and ultimately ordered removed by a federal immigration judge. It’s a priority of this administration to remove criminal aliens to their home country.”

Spokespeople for the Vietnamese embassy did not immediately respond to requests for comment.

But the Southeast Asia Resource Action Center, a Washington, D.C., advocacy group, said in a statement that the purpose of the meeting was to change the 2008 agreement. That deal had initially been set to last for five years, and was to be automatically extended every three years unless either party opted out. Under those rules, it was set to renew next month. Since 1998, final removal orders have been issued for more than 9,000 Vietnamese nationals.

When it first decided to reinterpret the 2008 deal, Donald Trump’s administration argued that only pre-1995 arrivals with criminal convictions were exempt from the agreement’s protection and eligible for deportation. Vietnam initially conceded and accepted some of those immigrants before stiffening its resistance; about a dozen Vietnamese immigrants ended up being deported from the United States. The August decision to change course, reported to a California court in October, appeared to put such moves at least temporarily on ice, but the latest shift leaves the fate of a larger number of Vietnamese immigrants in doubt. Now all pre-1995 arrivals are exempt from the 2008 agreement’s protection.

Read: The U.S. used to criticize countries that didn’t allow their citizens to leave.

Many pre-1995 arrivals, all of whom were previously protected under the 2008 agreement by both the administrations of Presidents George W. Bush and Barack Obama, were refugees from the Vietnam War. Some are the children of those who once allied with American and South Vietnamese forces, an attribute that renders them undesirable to the current regime in Hanoi, which imputes anti-regime beliefs to the children of those who opposed North Vietnam. This anti-Communist constituency includes minorities such as the children of the American-allied Montagnards, who are persecuted in Vietnamfor both their ethnicity and Christian religion.

The Trump administration’s move reflects an entirely new reading of the agreement, according to Ted Osius, who served as the United States ambassador to Vietnam from December 2014 through September 2017.* Osius said that while he was in office, the 2008 agreement was accepted by all involved parties as banning the deportation of all pre-1995 Vietnamese immigrants.

“We understood that the agreement barred the deportation of pre-1995 Vietnamese. Both governments—and the Vietnamese-American community—interpreted it that way,” Osius told The Atlantic in an email. The State Department, he added, had explained this to both the White House and the Immigration and Customs Enforcement agency.

“Forty-three years ago, a lot of the Southeast Asian communities and Vietnamese communities fled their countries and their homeland due to the war, which the U.S. was involved in, fleeing for their safety and the safety of their families,” said Kevin Lam, the organizing director of the Asian American Resource Workshop, an advocacy group. “The U.S. would do well to remember that.”

*An earlier version of this article misstated the month Osius ended his tenure as ambassador.

We want to hear what you think about this article. Submit a letter to the editor or write to letters@theatlantic.com.CHARLES DUNST is a journalist based in Phnom Penh, Cambodia.Twitter 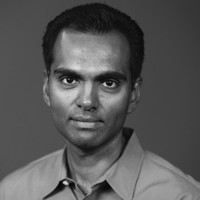 KRISHNADEV CALAMUR is a staff writer at The Atlantic, where he covers global news. He is a former editor and reporter at NPR and the author of Murder in Mumbai.