Dealing with the past

- In Vietnamese culture, if you haven’t buried your dead, their souls wander for eternity. We should understand how important it is to find the remains of those lost. Pushed by veterans, we can now share innovations & technologies so they can successfully recover those lost.

- To put this in context, there were many times more bombs dropped in Vietnam, a country the size of New Mexico, during the war than all of Europe and Africa during WW2.The process of cleaning up unexploded ordnance is a big one, but it is not impossible. The military and NGOs plotted out and systematically looked through the grid [to remove unexploded ordinance], and that means kids won’t lose their hands and eyes. 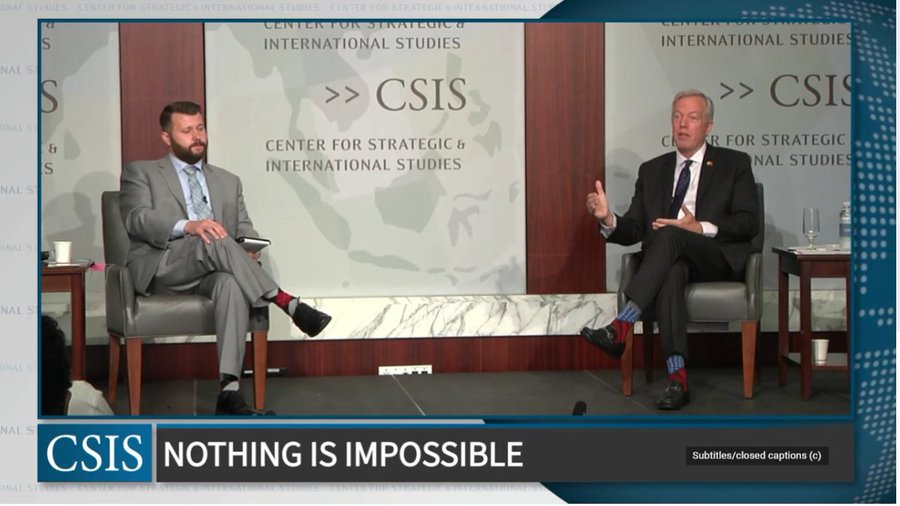 - Behind the scenes, Vietnamese diplomats are really world-class. With North Korea, Vietnam hosted Trump and Kim in Hanoi to play a facilitating, positive role in dealing with a hotspot. In Cuba, Vietnam shared its experiences about how to reconcile with the U.S.

- The practice of Vietnamese diplomacy is to deliver on substance, not to be too loud about it. Their leadership in ASEAN is fairly quiet; not looking for headlines, they’re looking to move things forward, esp. on strategic issues like freedom of navigation & the Mekong.

- Vietnam has got to keep the relationship with China stable and that doesn’t mean they can’t develop a relationship with us. It’s not zero-sum. The Vietnamese are the most strategic thinkers in Southeast Asia and they have to keep relationships with all great powers.

- Diplomacy isn't just about transactions of money + power. Diplomacy is carried out by people who build trust. These include our military, Vietnamese people, Americans of Vietnamese descent, tourists, family members: they are all part of this process of building trust.

- The process of normalization was the bedrock of everything, and the top priority for the U.S. was a full accounting for those we lost during the war. What was quite astonishing was that Vietnam let us go wherever we needed at the drop of a hat [to find those lost].

- The community of Vietnamese of American origin are divided, esp. on age lines. Those who suffered most from the war have a tough time dealing with the reconciliation, but the younger generation increasingly thinks there are opportunities to engage, esp. in education. 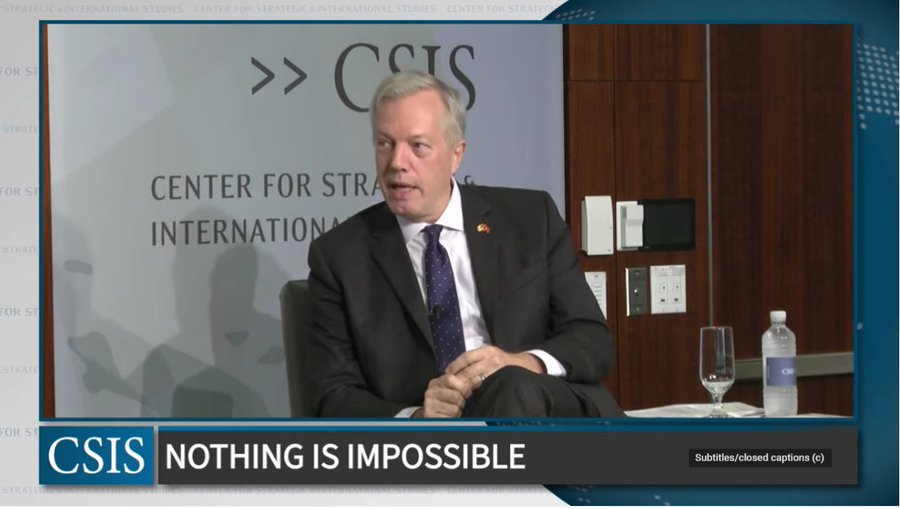 The Vietnam - US relationship

- The CSIS report on U.S.-Vietnam relations has this recommendation that I violently agree with. That is to stop this policy of deportations. I think the policy stinks, it is un-American. These are people who fought side by side with us and their children being deported because maybe their forms got lost, or they didn’t speak the language well enough. I think it’s an issue that ought to be resolved in public, not in smoke-filled rooms. The problem is one previous policymaker in particular in the past White House had a racist agenda, with the support of his president

- [Afghanistan and Vietnam] are alike in some ways because the U.S. is very challenged when it comes to nation-building. Other countries don’t want us to build a society like ours in their country... But at the same time, I wouldn’t make blanket comparisons...The historical & societal contexts are so different. Vietnam is a fairly homogenous society. Cultural differences between North and South are different but not wildly. Afghanistan is a different place.

- We can look at the past [including the Vietnam War] while also looking at opportunities for engagement in the future. Asia is the future. Southeast Asia, East Asia, the Indo-Pacific is where our future resides.

- We should move forward in an ambitious way in the digital space. Vietnam’s plans for the industrial revolution 4.0 are ambitious, but it would help for the U.S. to engage in a multilateral digital agreement with ASEAN to set the rules for digital development.

- I objected to [constraints on free speech]. I think Vietnam is strong enough to deal with that criticism, they will get better and stronger when they allow those freedoms. But the trends are positive, with more space for freedom of expression in society.

- When my partner and I visited LGBTQ activists, we heard from the community… they wanted trans people to be able to change the gender on their ID cards because that meant they could get medical care and not be shunned in that way. It was the Vietnamese who made this change.

- I would argue that Vietnam has legitimate defense concerns, and the U.S. helps them address those concerns. It doesn’t have to be aimed at any one entity. But it’s also an important symbol of how we learn to trust each other.

- I think we actually have quite a lot to do to deepen our economic relationship, to deepen our trade ties, but it’s all headed in the right direction, so it’s just a matter of pace, not a ceiling.

- Vietnam was one of the most successful countries in dealing with the pandemic at the start because they put in sensible practices like wearing masks, social distancing, and isolating those who are sick. I think they continue to make smart decisions.

- I was impressed with the accomplishments from VP Harris' trip, like opening a Peace Corps office and signing a lease on a new embassy. Most importantly, we built on progress on the health relationships, donating 2 mln vaccine doses to Vietnam with no strings attached.··